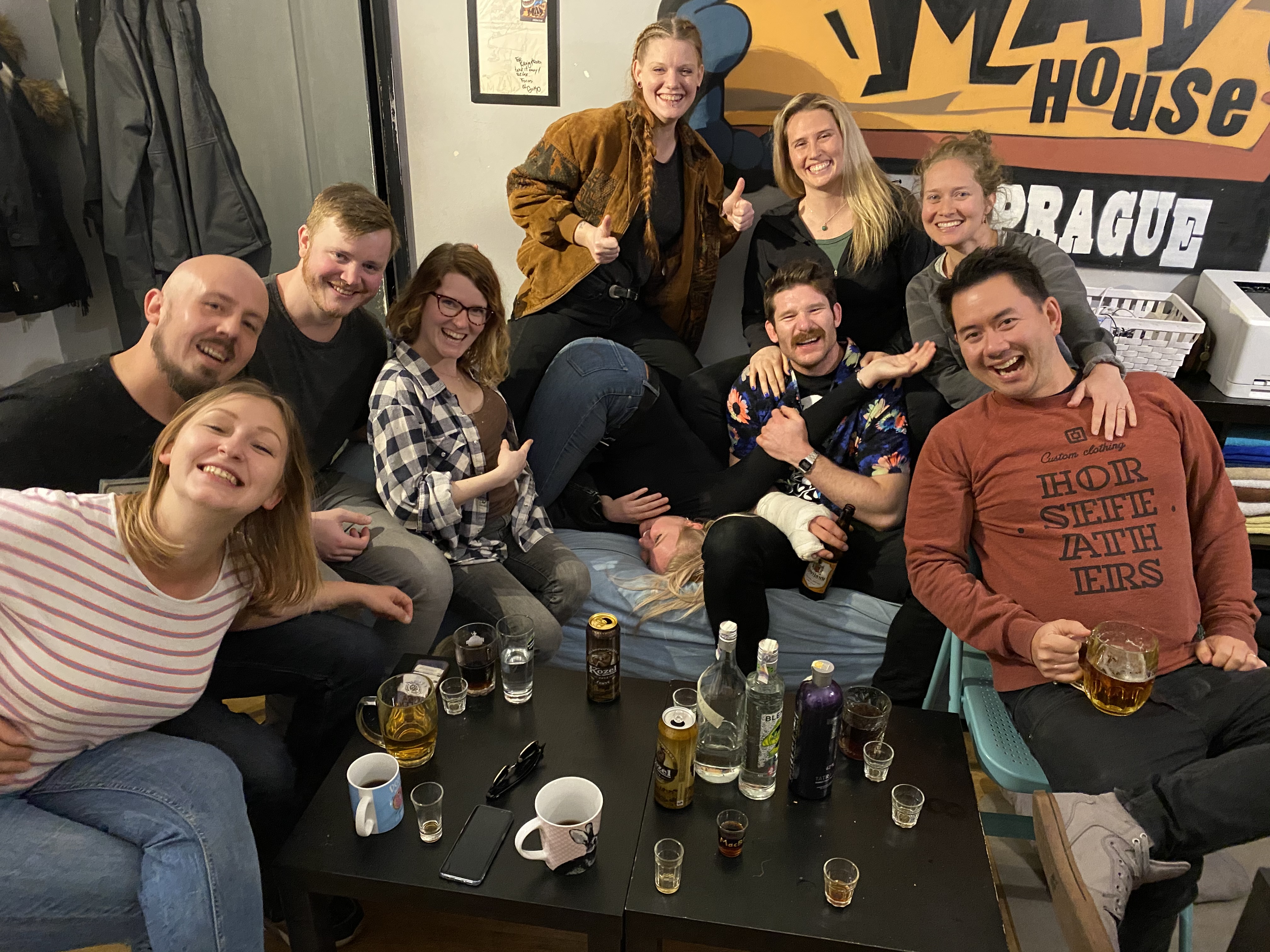 To be honest, I’ve been putting off writing this one for a while. One reason is sheer procrastination, as I’m sure a lot of people working from home these days can relate to: binging shows like The Wire and Money Heist seemed like a much better use of time than contemplating the uncertain fate of the travel industry. Besides, as this is usually the space where we list all the fun events and concerts coming to the city, it just felt like adding salt to the wound to even think about it. But, the second – and much bigger – reason is simply that it’s sad and scary to think of our hostels sitting empty right now. And then I think of all the other hostels in the world that are sitting empty, and then to the ones that might not ever open up again, all of which made me just want to curl up and watch a group of Spaniards rob a bank on Netflix.

Maybe because it’s sunny out, or maybe because things are finally starting to turn a corner here, but for whatever reason today seems like the day, so I’ll write about the situation in the Czech Republic, our plans for re-opening, and a final plea for helping the travel industry get through this time.

Coronavirus in the Czech Republic

The first case of the novel coronavirus was confirmed here on March 1st, which of course now seems inevitable. By March 12th, the government had declared a state of emergency and by the next day schools were closed, along with events with more than 30 people. Within another few days, borders were (mostly) closed and we were only allowed out to go to the grocery store or pharmacy, or to work if it wasn’t possible to work from home. At that time in mid-March, there was some feeling that the government reaction was a little overkill: after all, there were only 94 cases and no deaths by the time they declared the state of emergency. Of course the virus was a big deal, but not THAT big of a deal, right? Well thank goodness the government saw it for what it was, because through implementing quick measures, including mandatory face-masks and a national-wide lockdown, the Czech Republic has done a very good job containing the virus and minimizing its fallout.

We were one of the first countries in Europe to go into lockdown, but also one of the first to loosen up its measures. Since the end of April, the government has been following a 5-step plan of re-opening, with measures being relaxed every two or so weeks. It started with garden and hardware stores – presumably to give people something to do during their extra time at home?? – and will mostly finish in a few days at the end of May, with bars and restaurants (and accommodation services!) opening. There is also talk of events up to 300 people being allowed by the end of May, and events of up to 1000 people by the end of June. Social distancing and face masks will still be mandatory inside for some time, but that seems like a small inconvenience for being able to be able to enjoy the sun and a drink in a beer garden again. It, of course, remains to be seen whether or not loosening these measures will result in a spike in cases, but so far so good.

Both hostels have been closed since mid-March. By the time the word came down from the government that we had to close, our few remaining guests had already scrambled to find the last busses, trains or flights out of the country. The week leading up to it was very strange – we went from hearing about the first restrictions on the 10th or 11th, to scurrying around and changing our plans to keep up with them as they changed every day – Okay! Only 100 people allowed at bars? We’ll skip going to the club and go to a pub instead. Okay! Bars have to close at 11pm? No problem, we’ll just go for an early drink and call it a night. Okay! Bars and restaurants are closed? No problem… That last one actually really wasn’t a problem, because almost everyone had left by then. Kira and Michelle (the last remaining of our in-house staff) held the fort for another few days before they could get reasonable flights back to the US and New Zealand respectively, leaving The MadHouse dark and eerily quiet for the first time in years.

The rest of us staff have been doing what most of the world has been doing – hunkering down in our apartments in Prague, watching way too much Netflix, constantly going past our 40-minute Zoom limits, cooking and baking (and eating!) to fill time, and waiting for the world to open up again. Oh, and maybe a few cheeky beers thrown in there as well. Officially we are allowed to re-open on May 25th, but since almost all of our guests are international travellers, it doesn’t make sense for us to open until the Czech borders open. There has been a lot of talk and speculation about when that will happen, with nothing solid yet. Most likely government leaders are wanting to wait and see what happens in the coming weeks before giving the green light. As of now, it’s looking possible that by mid-June the borders between Austria, Slovakia and Czech Republic will open up first, with other European countries following. Whenever that may be, we’re here ready and waiting and promise the beer fridge will be stocked! More importantly, we will be following the Czech and European guidelines closely to make sure that when we open we will be operating as safely as possible.

If you’re thinking about a trip, please don’t hesitate to pull the trigger and book in! We’ve made a flexible deposit policy for bookings made during this time: I.e. if you book in and end up not being able to travel due to coronavirus restrictions, we’ll move your deposit to a new booking no problem. We can’t even tell you how excited we’ll be to get some more bookings coming in for the summer and autumn.

We are lucky in many ways, but two immediately come to mind. First, we have the undisputed, best, gosh-darned guests in the entire world and know that many of you will be back to see us as soon as restrictions are lifted. Knowing that you’re out there, anxious to travel the world again, is quite literally the light at the end of our long, dark, coronavirus tunnel. The second way in which we’re lucky is that The MadHouse has basically been our life for the past 8 years. And because of that, there has never been any doubt in our minds that we’ll somehow pull through this. There have unfortunately been many hostels around the world who have looked at their numbers and made the tough decision to close their doors for good. However for us, we would be so lost in a world without The MadHouse (and of course our baby sister The RoadHouse), that there isn’t a world in which we would let them go. Knowing this helps keep us focused on re-opening, instead of getting weighed down or discouraged looking at our own numbers.

This is a natural segue to bring up the Adopt A Hostel campaign and thank everyone who has supported us by buying gift cards or making donations. The support has been overwhelming and it truly means more than we could ever say. The money we’ve raised so far has covered our expenses through May, but we could really use more help to get us through the summer. Slide on over to the ‘gift card‘ tab if you’d like to buy one. This is one of the best ways you can help ensure your favourite hostels make it through, by giving them the cash now when they need it most. A lot of them are on Adopt A Hostel, or you can always send hostels an email directly to see if they have their own voucher system. Beyond hostels, you can do the same for your local bars and restaurants which are also struggling right now. If you had bought tickets for flights or festivals that are now cancelled, consider accepting a voucher instead of asking for a refund. If you find yourself in a position where you’re able to, helping out now will go a long way to making it possible for all the places and events we love to survive this and be there waiting for us on the other side.

We hope you’re all staying safe, healthy and using this time to plan your next adventure. Whenever that is possible for you, we’ll be here in the most beautiful city in the world, waiting for you with a warm bed and a cold beer (and not necessarily in that order.)