The MadHouse Guide to Bussing Around Central Europe 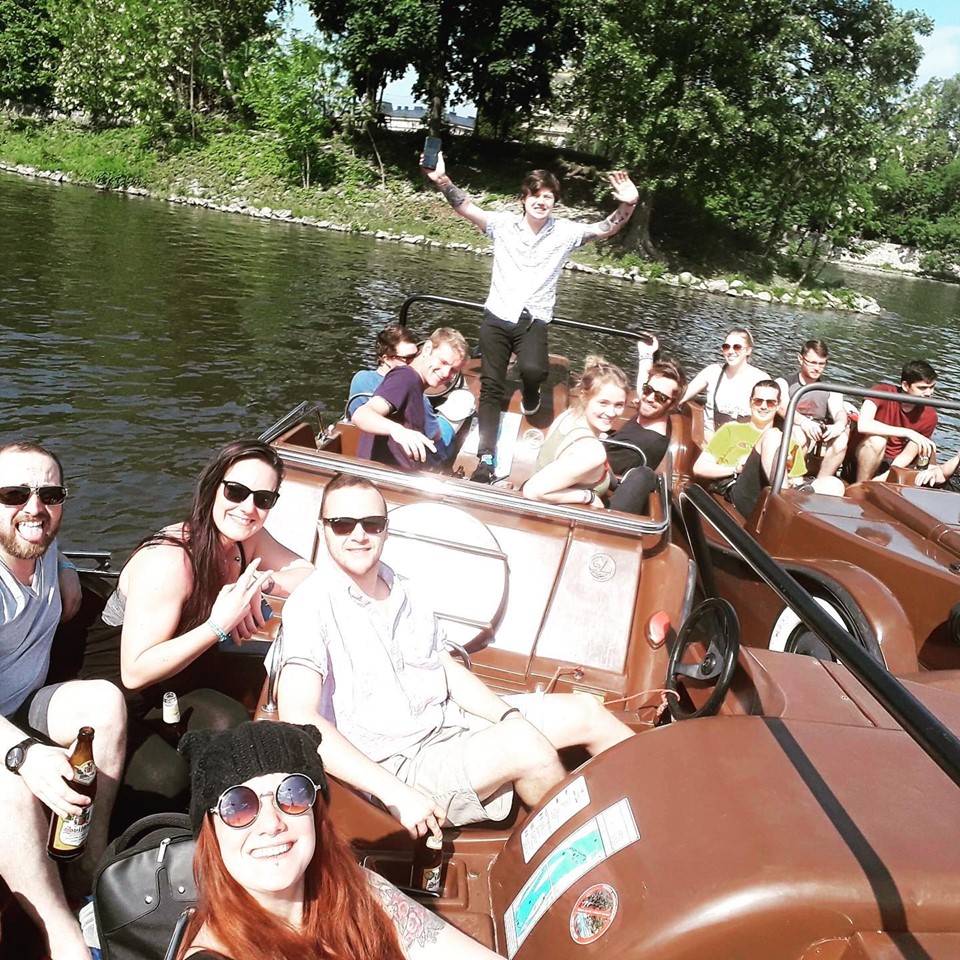 Paddle boats will definitely get you from A to B, as long as A & B aren’t more than a few hundred meters apart. For longer journeys, and especially those overland, it’s probably best to look at other options. Cheap flight companies like RyanAir get a ton of press, and the European train network is so extensive that people often overlook bussing as a totally legitimate form of travel around central Europe. Some advantages of bussing around are:

They’ve rebranded themselves from Student Agency – for obvious reasons – in recent years, but the company remains our favourite. It’s a Czech company and the first in the country that really made its name off customer service. Aside from powerpoints and Wifi, each seat is equipped with a screen in the back of the headrest where you can watch movies and tv shows (in Czech and English) or play games. Even more, they have a host who comes around with FREE coffee and hot chocolate. It’s really a no-brainer: if you see it come up in your searches book it!

Take it to stay at: Budapest Party Hostels. You can rest up and watch Dirty Dancing and Daredevil twice each on your 7.5 hour ride.

Leo Express uses a combination of busses, mini-busses and trains to transport passengers around Central and Eastern Europe. Their fleet is modern and comfortable and they pretty much revolutionized the trip between Prague and Krakow which historically had poor transit connections. You hop on a (nice) train to the border town of Bohumin, and then transfer to a (nice) bus that takes you across the border and the rest of the way to Krakow. All for as little as 6 hours and 12 euros!

Take it to stay at: Greg & Tom Hostels or Mosquito in Krakow or Krumlov House in the beautiful town of Cesky Krumlov in the southern part of the Czech Republic.

Flixbus has exploded onto the scene in recent years. While we have some mixed feelings about the company, you can’t deny how many routes and times they offer, which gives you a lot of flexibility for departure times. Like the others, they usually have very fair cancellation policies. While there service can’t top Regiojet, most busses will have free WIFI and power outlets.

Take it to stay at: Pretty much anywhere! Although why not go to see our friends at Poet’s Corner in Olomouc, for only 8 euro!?

While they might not be as flashy as some of the newer companies on the scene, there’s something to be said for tried and true, and that is exactly what Eurolines is! They’ve been around forever, have a ton of routes and are generally very reliable. Since they have routes all around Europe, you’ll probably see them come up in your searches again and again. A solid choice!

Take it to see: Brno, the second-largest city in the Czech Republic. It’s about 2.5-3 hours on the bus, making it a fairly easy day trip from Prague. Alternatively, you can spend a night or two on your way east to Bratislava, Vienna or Budapest. Heads up: the highway around Brno is notoriously bad, so maybe not the route to take with a hangover 🙂

But how do I find out which busses to take, do you ask? There are a few comparison websites, but we’ve always found Omio easy to use for trip planning.